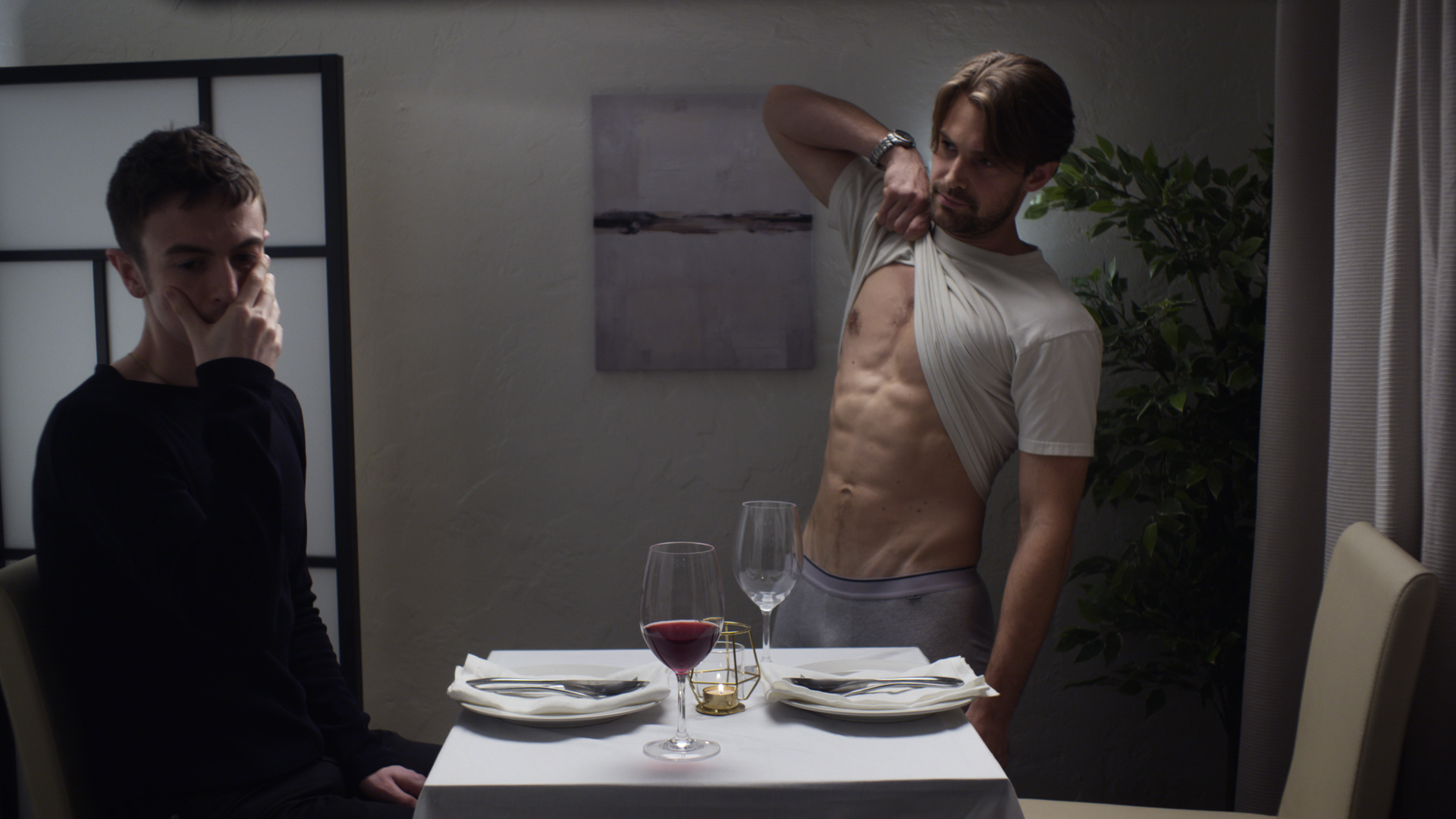 Who doesn't need a laugh right now? We’re happy to bring you a program that will have you second guessing if you're on a date or not, figuring out if breaking into your crush’s apartment to delete an email you accidentally sent is a good idea, or being more interested in your ex getting engaged instead of the zombie apocalypse happening outside. Curated by Katie Shannon.

An adventure in diversity of sexual preferences. Via the dessert menu...

This short film is a parody of Todd Haynes' 2015 film "Carol." With references to Haynes' own "Superstar: The Karen Carpenter Story," this playful short, starring Fisher-Price toy figures, presents a hilarious and necessary perspective left unexamined in the euphoria that there was finally a major motion picture about lesbians.

A self-obsessed call centre worker deals with a personal heartbreak while on shift as the world crumbles around him... due to a zombie apocalypse.

When the government begins to inspect their marriage, a gay immigrant and his lesbian wife throw a dinner party in an attempt to fool the INS; but soon realize that they aren't the only ones hiding something.

A Pound of Flesh

A desperate employee gambles a pound of their own flesh against a large sum of their boss's cash, with life-altering consequences.

A socially anxious young woman lands a hot date. There’s only one problem, she's not sure if it's actually a date.

When lovelorn Wally wants to get over his ex, he turns to the apps for help.

Charles explores the gray areas of his own sexuality after going through an unexpected breakup.