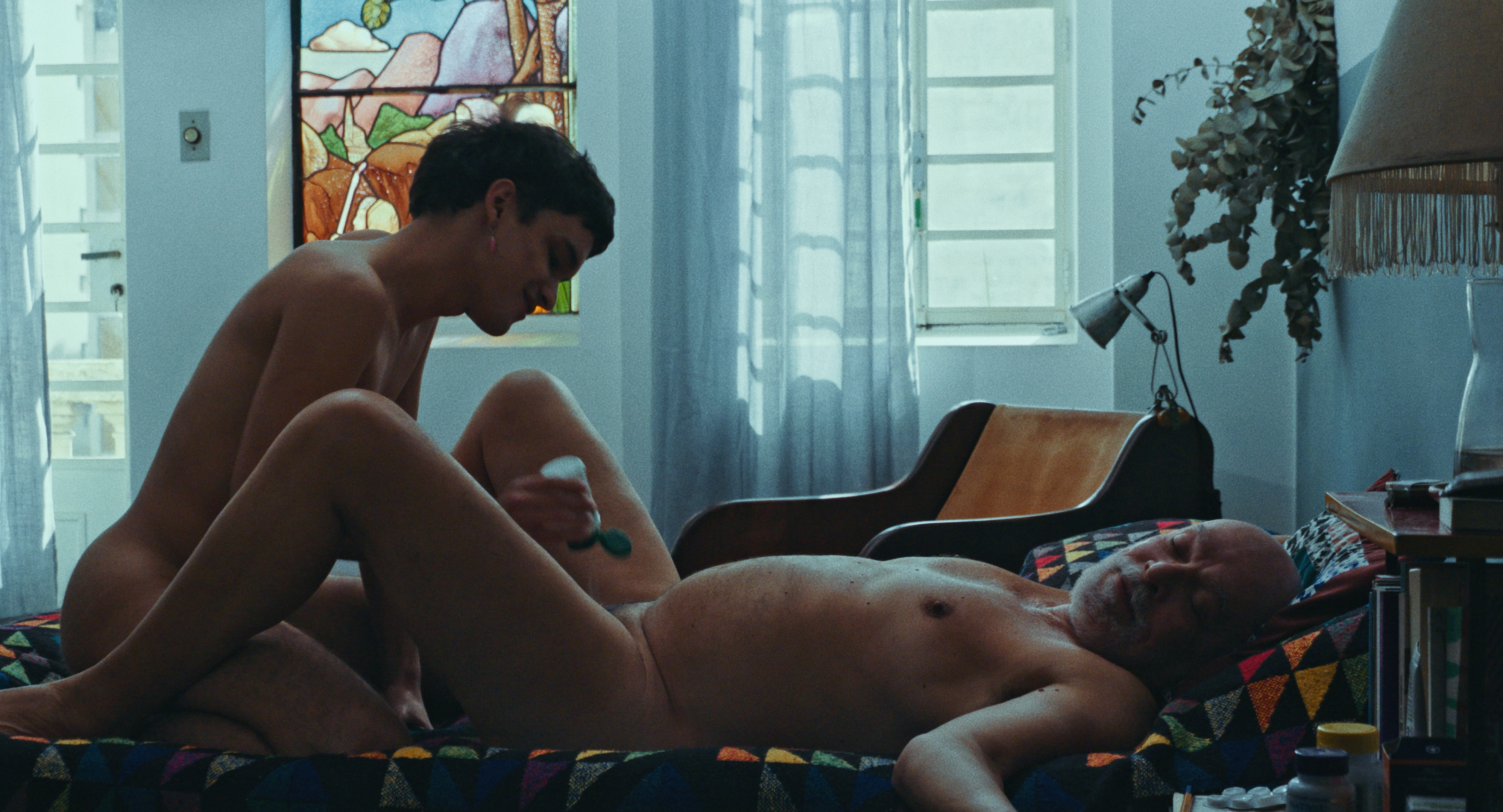 São Paulo, in a dystopian future not so very far from the present. A virus is circulating, one that mainly attacks the brain and the ability to remember. A state that has forgotten a past marked by colonialism and dictatorship desperately awaits some indeterminate “Golden Phase.” Three young queer people drift through a city bled dry by the pandemic and rampant capitalism, remembering each another’s late lovers, sharing their experiences with HIV, getting makeup tips for masked faces and ultimately coming together with others forgotten by society for an antique revue in the salon of a singer named Mirta.

Hot off it's Teddy award win at the 2022 Berlinale, WQ is proud to present the US premiere of Gustavo Vinagre's Three Tidy Tigers Tied a Tie Tighter.