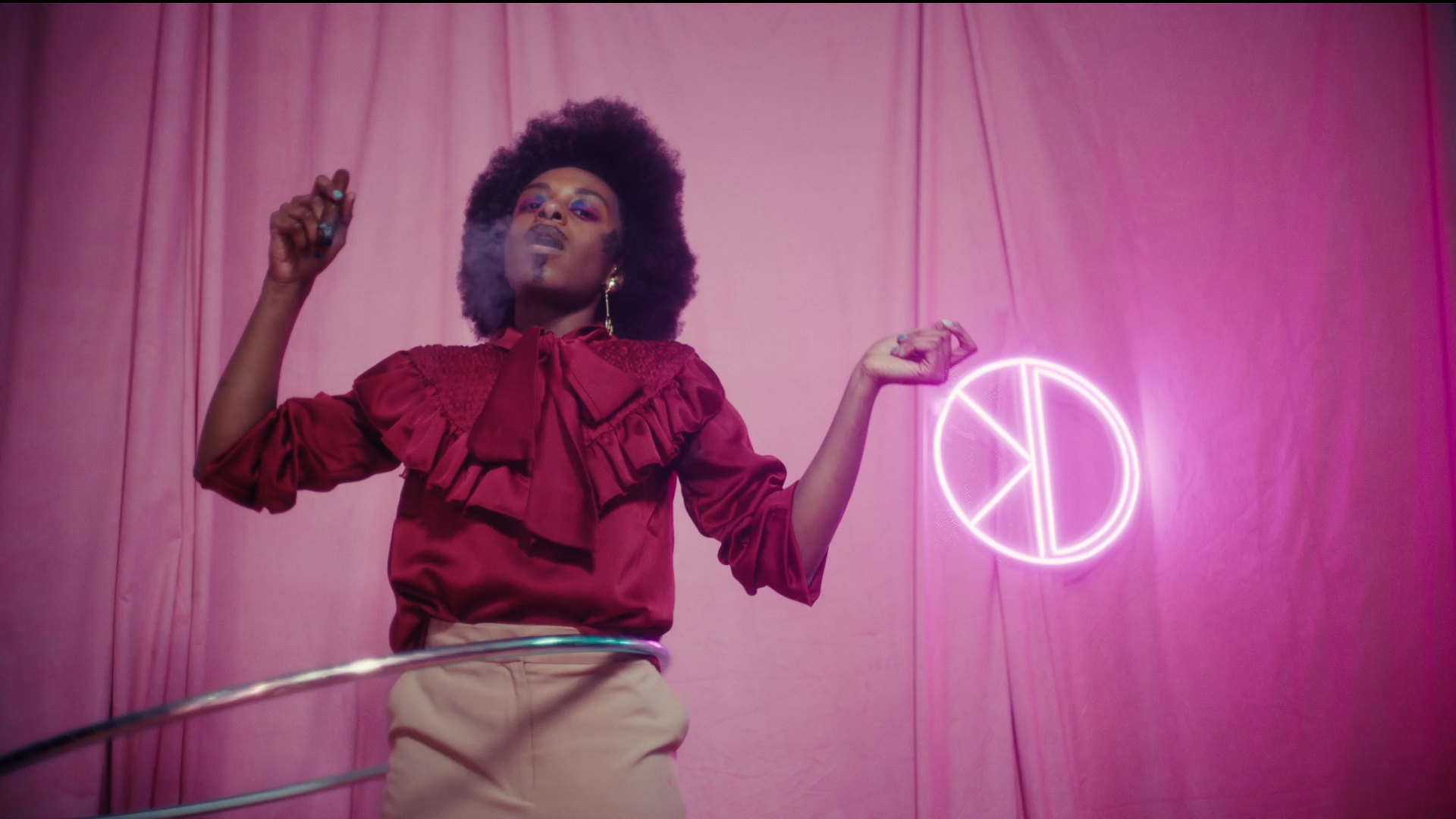 Caught between two worlds, Ethan must confront their inner demons. With the help of therapist, Max, Ethan attempts to transition from crippling obsession to a freedom that can only be found by becoming Sapphire.

We bring it to you every fest. The finest, weirdest, sexiest, and most envelope pushing shorts culled from this year's submissions. Buckle up it's going to be a ride you don't want to miss.

Lilith the Vampire is going on a date with a girl she likes and wants to impress but runs into a monster hunter that is ruining her night. Lilith risks being revealed as a monster and ruining the night she planned out, can she save the date?

Poppets is a surreal soap opera set in Basildon and the Estuary, following an Essex girl investigating malpractice in a new housing development, two women who meet and fall in love on a night out at Bas Vegas, and their ex boyfriends (who also hook up). They're psychically linked to the story of two Plotlands women - as overshared to them by an old man in the smoking area - who visit a local cunning person to make a poppet. Witchcraft and provincial planning applications collide and their environments collapse into something stranger than even your standard Essex night out.

Kate, a painter who hasn’t created new work in years, finds inspiration when she happens upon an adult ballet class and quickly becomes infatuated with her teacher, Laura. As their lives intertwine, Kate is shocked to discover a side of Laura she struggles to accept. Show Pony is about reconciling the hypocrisy of how we judge others’ forms of self exploration.

The Demons of Dorothy

Dorothy, a film director is laughing while writing her new lesbian big-boobed romance script. But a phone call from her producer dampens her desire to laugh: it's time to stop making queer comedies and make universal films! To avoid slumping into anxiety, Dorothy takes refuge in her favorite series, Romy and the Vampires. Unfortunately, her demons have decided to visit her tonight..

Six drag kings embark on a moustache curling adventure to steal the Monument to Masculinity, a solid gold urinal, in a mad-cap attempt to keep their gentlemen’s club 'KingDom' afloat in times of economic peril.