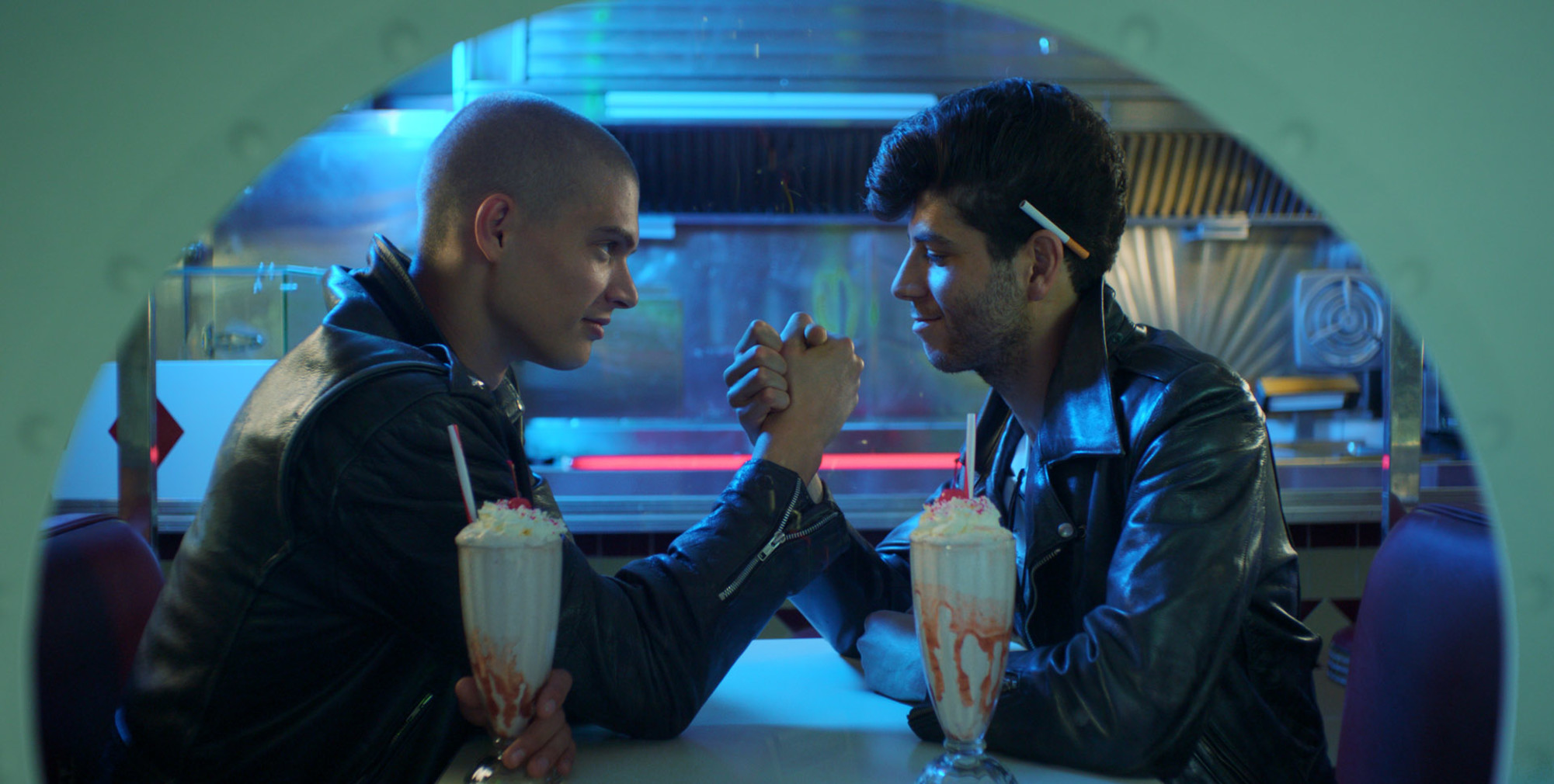 Medical student Yad is moving home to his family in a small Dutch city after quitting his party lifestyle back in Amsterdam. Instead of moving forward in his career, he takes a job in domestic care watching after the boisterous elderly Ans. Playing Cupid, Ans introduces Yad to her grandson, Joris, a charming young man who is still dealing with the death of his father and his overbearing mother.

The attraction is instant and the boys find comfort in each other until their families’ drag them back to reality. Ultimately, they will have to decide if their summer fling is worth carrying on or if it is enough for them to stick with each other. Refreshingly, the family conflict in this romantic comedy is not that Joris and Yad are gay, but that they are defying family expectations in other ways and must make a new set of choices about how to be themselves. It’s a truly modern tale of queer love!

Tickets include an after-party at Beat Brew Hall in Harvard Square following the screening.

Starring Daniel K. Isaac (Showtime's BILLIONS) and Ryan Jamaal Swain (FX's POSE). ENGAGED is an LGBT comedic drama that follows Darren, who keeps trying – and failing – to propose to his boyfriend Elliot. When their relationship is put into an uncomfortable spotlight during a friend’s outrageous engagement party, Darren realizes he actually might be self-sabotaging due to unresolved insecurities about his sexuality.