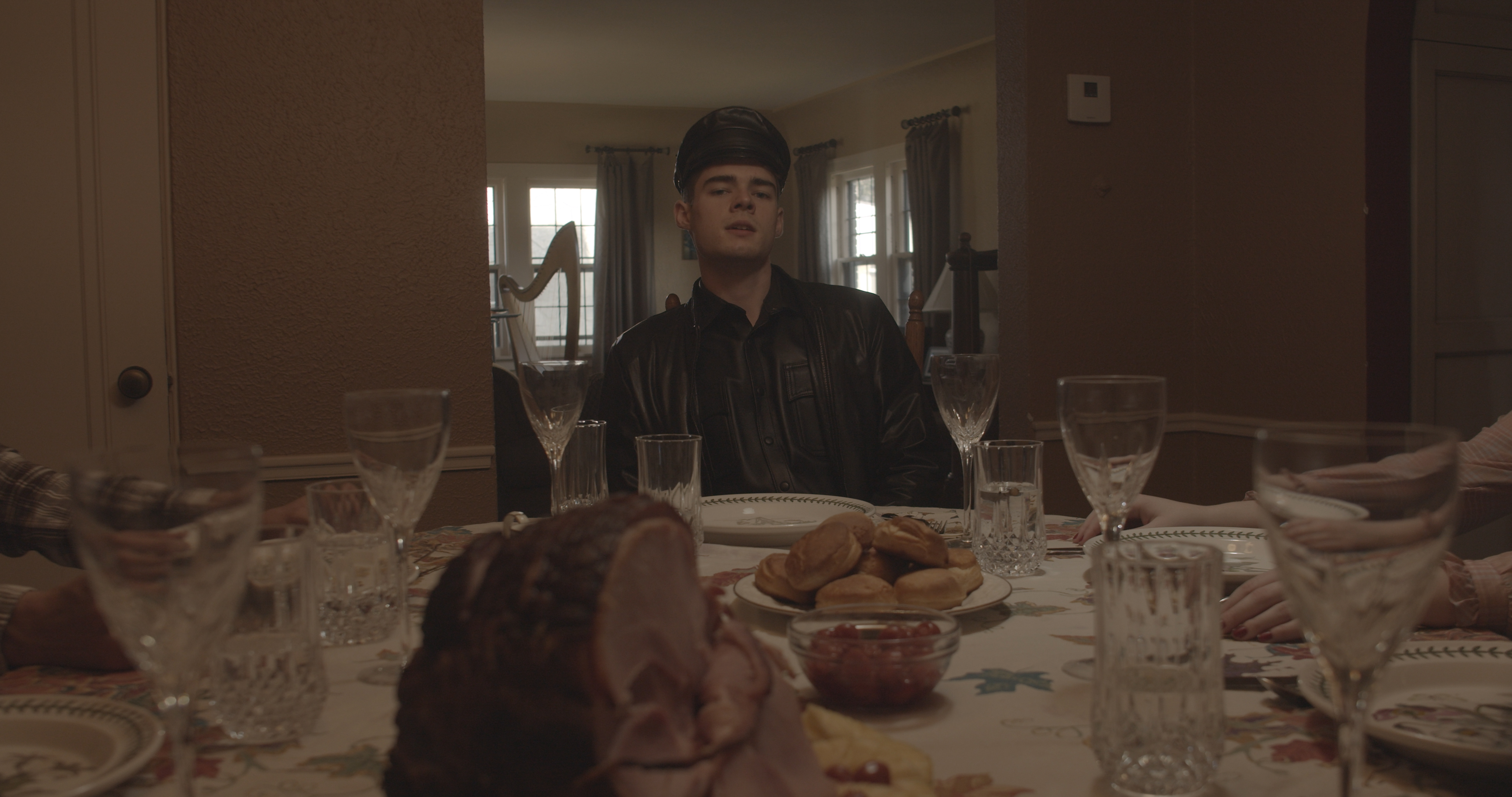 Watch in awww these films from our next generation of queer filmmakers. These amazing shorts will maybe make you want to buy some leather, look twice before sending a text, stop running from your truth. Whatever the case may be, these Up & Coming filmmakers are here to stay. Curated by Katie Shannon.

This event is proud to be co-presented by: Queer Scouts Boston

A young man in the rural midwest tries to deny a budding interest in leather.

Born and raised in the south, Mare is a young queer woman unpacking generational trauma in hopes of leading her most authentic life. Now living alone she begins to organize her internal account of past relationships, while simultaneously preparing for a cross country move. Through uncomfortable and incredibly intimate dreams, Mare's younger self literally revisits past moments, piecing together the fragments that are responsible for how she moves through the world today.
Mare begins her long journey to a totally unfamiliar landscape and is now open to the vast possibilities that ultimately open to those who search for more.

A girl finds a stained glass goddess and falls in love.

During a short spring break after The Third Solar Term (惊蛰 jīngzhé), Qizhe returns home to visit his mother. After meeting a man from the internet, he began to lose control of his double life. One that was living true to himself and the other, pretending to be the perfect son.

Sadie, a 17-year-old ferry deckhand has her day turned upside down when she tries to delete a love-confessing text message before outing herself to the crew.

While competing to win the heart of a suitor on a reality dating show, an insecure and love-hungry contestant begins to engage in a romantic rendezvous with her threateningly effortless competitor.

At a banquet hall in Israel, at the height of a war, Adam Weizmann’s bar mitzvah party turns into a glorious catastrophe. On the cusp of manhood—and on the verge of a nervous breakdown—Adam takes a crucial step toward coming to terms with his sexuality.