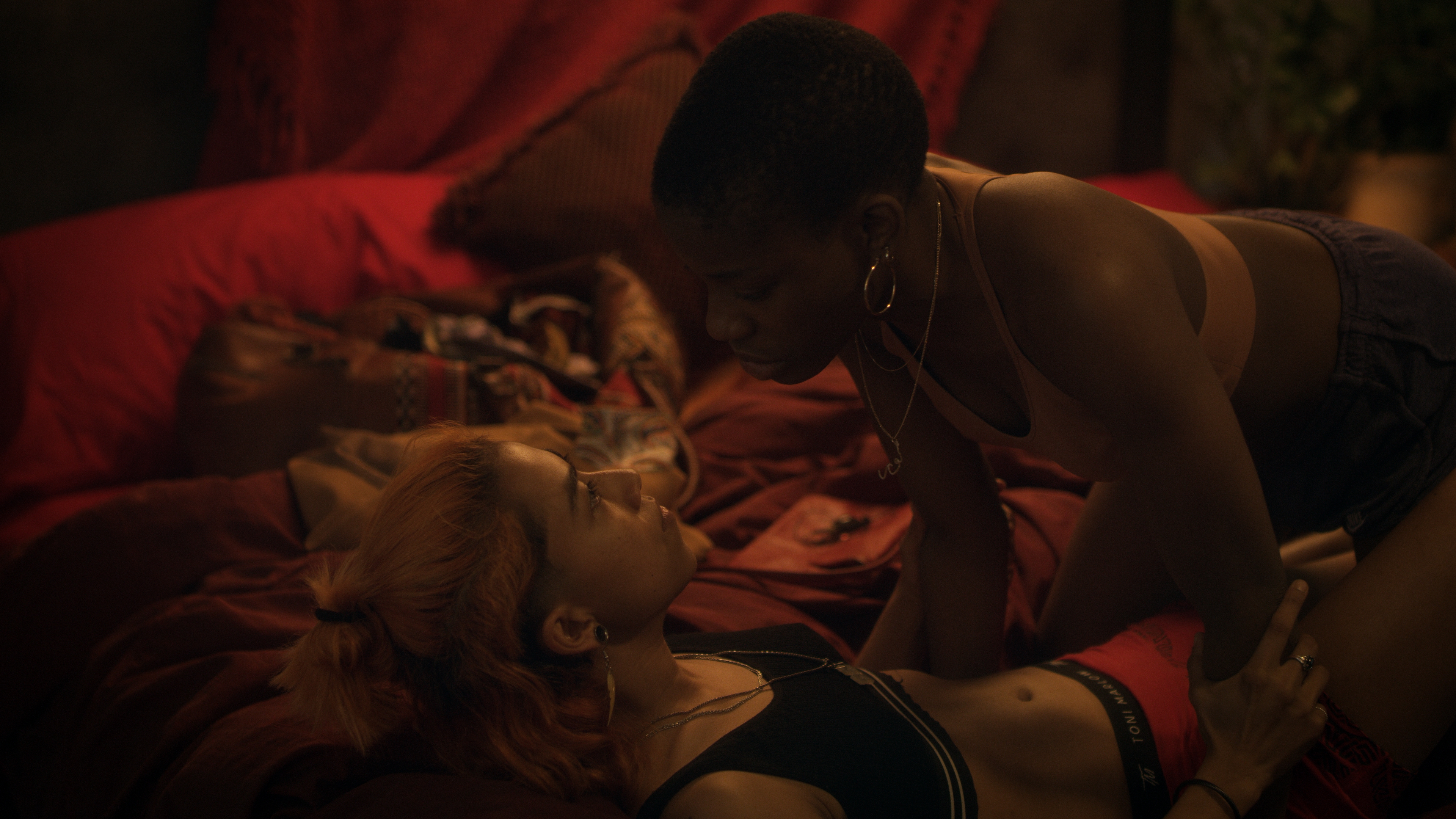 Noor and Layla are breaking up. Is it the end of the road for these two Muslim women… or is it the beginning? Noor & Layla is about reclaiming ritual through the love story of two queer, Muslim women, told at five different moments in their relationship, marked by the five calls to prayer (fajr, dhur, asr, maghrib, isha). The film opens at fajr, the dawn prayer, at the end of their relationship and follows a reverse chronology to the evening prayer, isha, the moment they first meet.

Sit back and enjoy all the drama, dancing, role playing, near death experiences and so much more in all of us. Curated by Katie Shannon.

Jamie is a young woman living in rural Indiana struggling to figure out her place and identity. When she inadvertently stumbles across a frequency on her ham radio and makes contact with astronaut Noa currently orbiting Earth, the two women are presented with the opportunity to find meaningful connection, even while worlds apart.

At a young age, Katharine starts thinking that she might be gay. To find her sexual identity, she turns to movies and tv, and from the representations she creates an image of how she should be. An image that is far from the shy and scared girl she really is. Through an all-knowing voice over we hear her story, her thoughts, and feelings, and we take part in her journey to find and to free herself.

Syd, a non-binary sex worker, is contracted to be a live-in dom for their newest client, Natalie. Over the course of their week together, the two engage in increasingly elaborate role playing, gradually blurring the boundaries between work and play.

Two women try not to kill each other on their first vacation together aka a modern queer love story.

Abby is an artist, Emily is an army officer; they come from opposite worlds yet have fallen hard and fast for each other and must navigate their completely different love languages on the way to what could be forever or the end of the road.

In the tradition of John Cassavetes, Wong Kar Wai and Jane Campion, this short film takes a brief glimpse into the lives of two people in love trying to understand each other