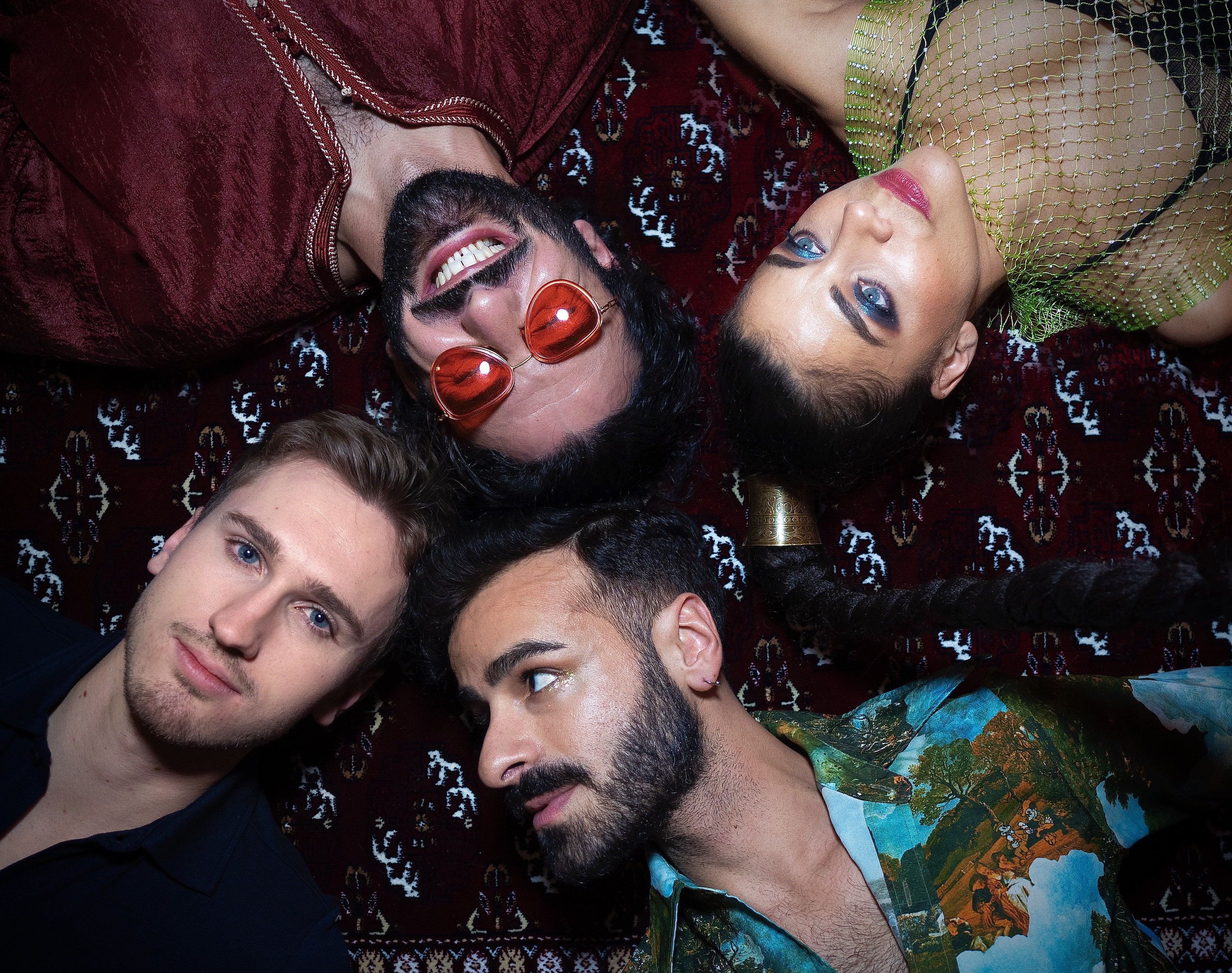 The MENA identity is one of many faiths, languages, and shared cultural experiences. From quarantine belly dancing to interfaith romancing, join us for queer stories from the Middle East and North Africa. Curated by Beyza Burçak.

Ayman's sex date with Jonas gets crashed by his friends Amirah and Samir which takes a positive turn.

An Iranian woman leaves her husband and travels to Russia. Memories of her world cup trip come up, as well as an uncomfortable secret...

The Sun Will Rise

Omar and Bahri, long-time friends, who share their desires, their sorrows and their love are about to see their daily life upset by the arrival of a student-girl, Sonia, ready to do anything to achieve her goals.

In the course of Iran's ban on women's presence in football stadiums, Saba, 22, disguises herself as a boy to sneak into the stadium at her father's suggestion. Her father takes her to a traditional cafe instead of the stadium. Asking her how hard it is to hide her true identity, he lets her—now impersonating a boy—in on the secret that he realized he could not be a man any more when Saba was three, but he had to hide it for years to let her daughter feel having a father. On the pretext of helping her enter the stadium, he creates a circumstance where his daughter has to put herself into his shoes, thereby hiding her true identity. He then tells her that he intends to continue living with his true identity from now on.

Four Lebanese girls go on a Ferris wheel ride to make their friend feel better about her breakup. Their conversation drifts to a less fun place.

NAZEEM is a 26 year old Middle Eastern drag queen who goes by the name QUEEN ZA DREAM - she is preparing for a show with the utmost gravity, with an outfit evocative of an Egyptian deity. Interwoven with this is the story of NAZEEM as a gender-queer 8 year-old boy, and the close bond he has with his Iraqi-Egyptian mother, HALIMA. Whilst flamboyant, and in many ways a drag queen herself on the surface, HALIMA is governed by the strict expectations of gender in Arab society. When a young NAZEEM transgresses these boundaries, HALIMA reacts in a way that is utterly confusing to him. Only though his drag, is the adult NAZEEM able to keep sacred the memories of his mother before this painful moment, and hold on to their connection.

Yasmine, an openly lesbian Arab nurse, finds out that her lover, Or, an intelligence officer in the Israeli army have been reporting on their relationship. Yasmine’s sister arrives for a visit from the West Bank, not knowing that she is going to meet the occupying enemy at her own sister’s house.

"My birthday was on the 3rd of April 2020, and for the first time, I celebrated it all by myself. But even if I was alone, I decided to celebrate it as if it’s the last one" The film was made during quarantine.