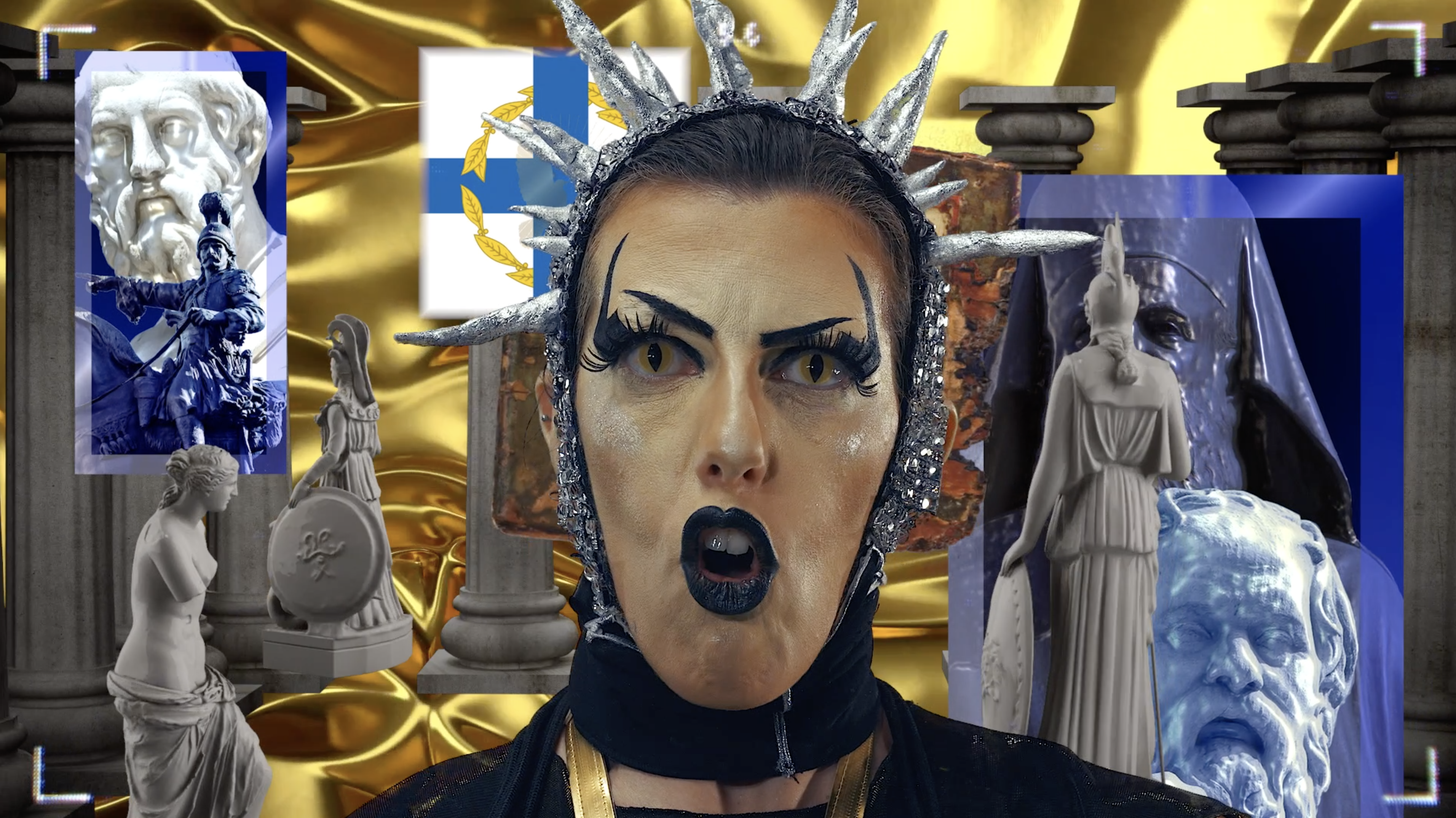 A retro-futurist story of utopian politics, ideological conflicts, supernatural leaders and totalitarian spectacle. Cyberpunk queer pirates against rainbow homo-capitalist normies. Revolution vs reformism; logic vs affect. The trappings of post-internet identity politics through a contemporary take of the myth of Orpheus.

The first gay prime minister of Greece struggles to carry the legacy of LGBT history at a time of post-truth alt-right dystopia. The mysterious algorithm of the collective unconscious and heavy-handed tradition of “the land of heroes” proves unshakable. Will liberal Europe and its so-called ‘freedom of speech’ provide an alternative or is it just another platform for neo-reactionary culture wars?

Wicked Queer is so pleased to share the Premiere US Screening of the Greek Retro-Futurist Experimental opera ORFEAS2021, directed by Fil Ieropoulos.

This event is proud to be co-presented by: Boston Sci-fi FF , Boston Lyric Opera