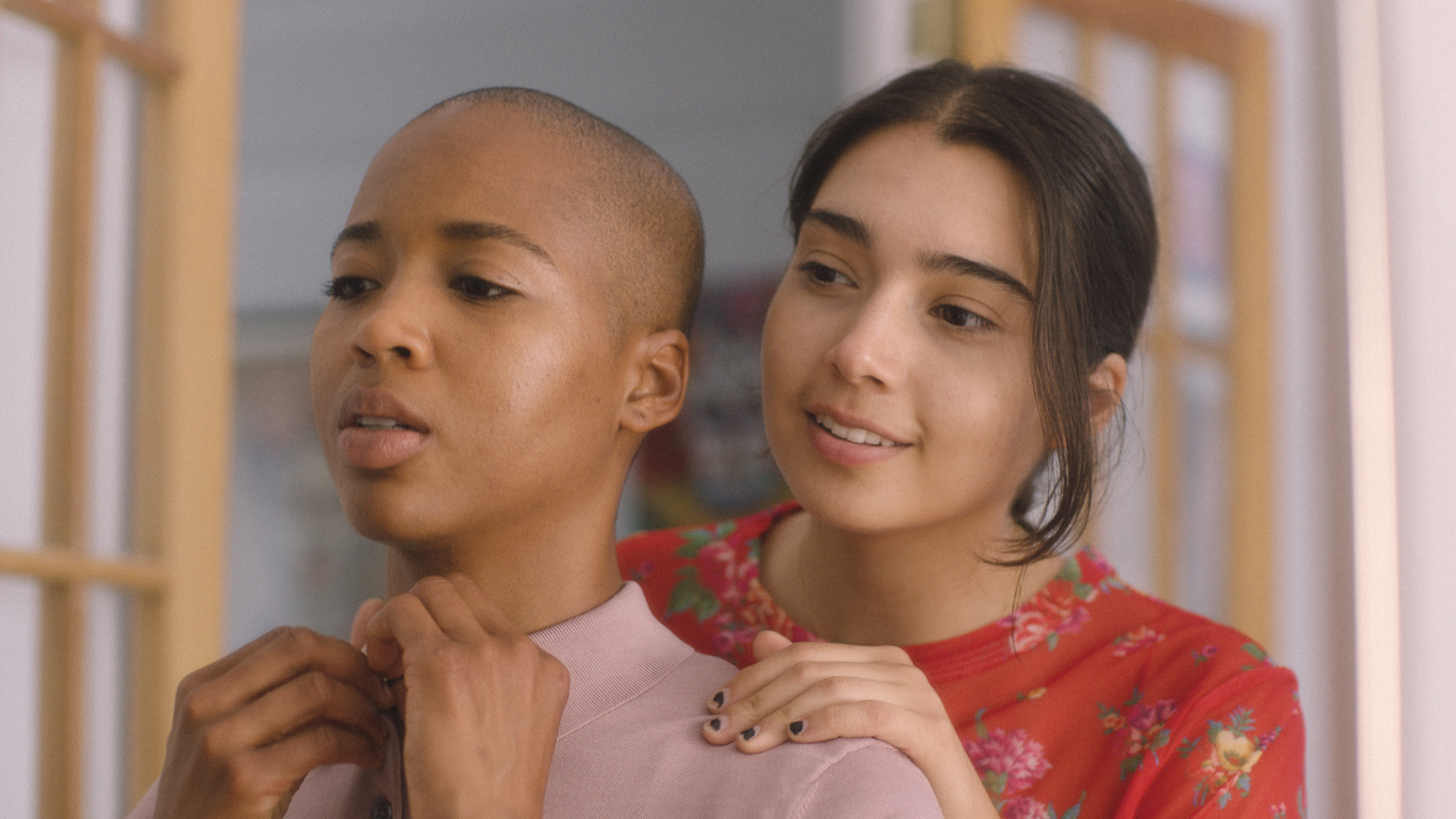 Love, break-ups, hook-ups, Fundamentalist Christians, and surprisingly no cats, round out this year's women's shorts program. Curated by Katie Shannon.

Andrea, unable to move on from her past relationship, must meet up with her ex-girlfriend, Alex, to get her last few items from their prior life together. As they interact for the first time in months, they are suddenly surrounded by each other's familiarity, but also reminded that this is likely the last time they will see each other.

Clara and Marie are rivals. Clara is the first successor while Marie won the famous prize Miss Chazelles-sur-Lyon. While in the village the tension rises between the Clara’s friends and the Marie’s family, the two girls seem to maintain an ambiguous relationship.

My World in Yours

Shams and Stella are in love. Shams hasn’t told Stella that she seeks asylum, nor about Hanine who’s still in Palestine waiting for Shams to help her come to Sweden. Stella works at the Migration office. When Shams has her interview with Swedish Migration Board, Stella shows up as the assistant judge. Shams has to tell the truth to get asylum.

When Gracie, a thirteen year-old Fundamentalist Christian, meets Heidi, an agnostic lesbian driving back from her mother’s funeral, Gracie must find a new approach to save a soul.

TREACLE is the story of two friends, BELLE, and JESSIE, who go on a weekend away to help Jessie get over a recent breakup. Road tripping through California, we follow them over the course of 24 hours as Belle convinces Jessie to not cancel the trip she’d originally planned to go on with her ex. Lines begin to blur between them when the always heterosexual Jessie in her drunken, post breakup loneliness kisses bisexual Belle. TREACLE aims to give a voice to the ‘B’ in ‘LGBT’.

Joss Conrad's wife Cammie has always wanted to be a mother, but recently learned she was unable to conceive. Joss, on the other hand, has never seen herself fit to be a mom. Still, she loves Cammie enough to give pregnancy a try, secretly hoping the low odds of IVF will be in her favour. Much to her dismay, she discovers she is pregnant while Cammie is out of town attending a conference. With a few days of solitude, she is faced with a decision that will change both of their lives forever.

In the afterglow of a seemingly fated hookup, two women realize that perhaps they have a little too much in common.