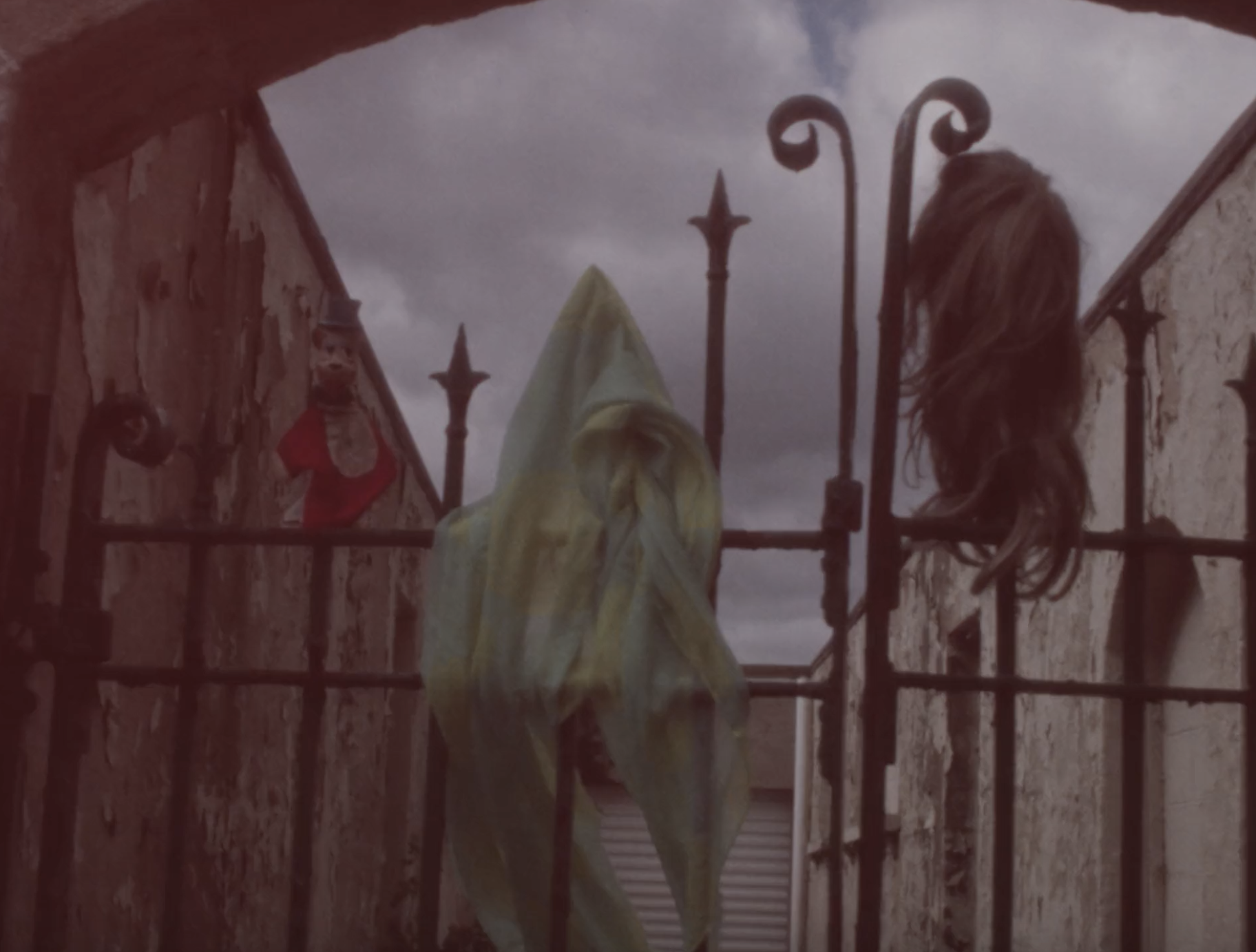 Queerness has always been about pushing boundaries to discover new ways of being, seeing, and thinking. This year's experimental program casts a wide net in order to highlight a variety of perspectives and methods of pushing these boundaries that together challenge conventional filmmaking to make something beautiful. Curated by Cole Wilder and Shawn Cotter.

You Must Everywhere Wander

Showcasing an imaginative queer masculine body-scape, where the spices used in Chinese cooking grow as spectacular natural landscapes. This work is a hybrid of filmed performance, CGI animation and sound art. It draws on Chinese myth and a sense of belonging from an Asian queer diasporic perspective. ‘you must everywhere wander 你必顧盼’ is a meeting point of transgressive queer desire, a dream homeland and reality. We are what we eat, we are what we remember, we are what we believe. you must everywhere wander is Commissioned by Queering Now and Chinese Arts Now (CAN). Supported by Arts Council England

A final farewell of two lovers. Nina and Mia share a silent moment together in their once shared living room, now sparse of belongings. Their internal feelings reflected back to us through flashes of their true interior loss, amongst memories of a closeness no longer possible. A quiet look at two women's last goodbye.

Composed of several choreopoems, Chameleon (A Visual Album) reimagines grief as a powerful tool for reimagining the Black body as a spiritual site able to conjure environments of unexpected, dynamic, emotional complexity. For this work, Kosoko draws from the term “Biomythography” which refers to Audre Lorde’s foundational work entitled Zami: A New Spelling of My Name published in 1982, which combines history, biography, and myth, and holds a literary perspective that serves as a guiding light for complex narrative storytelling rooted in a queer, Black self-defined, feminist imagination.

Shaherizade, the storyteller from the 1,001 ARABIAN NIGHTS, is reenvisioned as a gay man who recalls an early lover while clicking through post-Y2K website fragments.

Put The Brights On

Put the Brights On pairs edited interviews with rural Transgender subjects with original 16mm and s8 visuals as well as found footage to create a non-fiction experimental look at Trans people who prefer not to live in the city. Recorded and shot in "Greater Minnesota" but also relevant to the national focus on the rural/urban divide.

LONG AFTER US is an attempt to shine light on the beauty and complexities of the human experience through motifs of memory, death and transgender identity. In post-apocalyptic earth, a small creature uses the previous belongings of humans to briefly peer into their life. This story follows the encounter of a long abandoned cellphone once owned by a human named Ash. Every life holds a rapid catalog of experiences, but what does the creature see in Ash’s?

The death of a queer film mentor serves as a starting point into a celluloid free-fall of memory, uncertainty, and regret.

Home alone on a sunny afternoon, a perfect time for frolics in the garden.

Cruising Ballet is a short film by Edwin Brienen. The film shows a cruising excursion between two men, and turns the act of exploration and interconnection into a choreography of lust, rejection and intimacy.

An Army of Lovers Must Not Die